While there’s nothing wrong with honoring one’s sexuality, the fact that not all people see sexuality the way she does makes her adamant to open up about her most coveted sexual fantasies.

If your partner remains secretive about her sexual fantasies, you can do a guessing game by telling her these things could possibly be in her mind.

And take note, these sexual ruminations came from women themselves who choose not to have their names dropped because their fantasies are sometimes considered taboo or socially unacceptable, which is a common characteristic of fantasy. Besides, fantasies are only a form of escape from the boredom of daily routine.

Have mind-blowing sex with a stranger

Most women dread the idea of sex with strangers. For one thing, the person might have sex-related diseases. The other thing is, they don’t know how safe they are in the hands of a mysterious man.

Setting those possibilities aside, some brave women fantasize of having marvelous sex with a stranger. They say, in a stranger’s company, there would be no judgment, no issues. Their attention would be focused on one thing: great sex. And what makes the idea more enticing is the thought of spending a passionate night with someone whose name they don’t know and whose face they will never see again.

Would you care to be that stranger?

The stripper/prostitute for the night 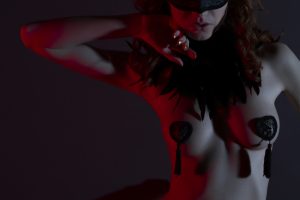 Though strippers or prostitutes don’t feel so fulfilled with their jobs, some women desire of becoming one. They want to see how it feels to perform a lap dance minus the customer’s pants while being handed with a 200-dollar tip.

Others also fantasize about being picked up by a customer’s expensive car and make out in some dark alley. She would receive her hard-earned money and they would separate ways.

This paid sex fantasy appeals to women due to the stigma around sex work.

One woman shares that the thought of having sex in a jungle or hunting grounds turns her on. Sex in the wild makes her feel a sexual animal submitting to a more sexually wild beast.

Sex with a bunch of people is a popular sexual fantasy. Despite some people’s not so perfect experience with group sex, some women delight in the thought of having other nude people around, touching them, penetrating them, and arousing their sexual prowess.

Take note, these are just some people’s fantasy and doesn’t mean the next girl you meet want the same thing. Refrain from gathering your buddies to meet her nude, she might not be prepared for it.

Sex with a woman

Some people are baffled by some women’s revelations about their fantasies involving sex with another woman. Experts say this fantasy doesn’t mean the person having these thoughts is gay. This only means the person’s curiosity about sex goes beyond what we consider normal. These inquisitive minds are about 42 percent of women respondents who list girl on girl sex as their top fantasies.

Some gorgeous ladies want to experience how it is to get spanked, hit, choked, or slapped during hot sex. Others also want their male partners to be submissive, giving him orders to perform some sexual acts, making him beg or letting him suck some phallic objects. Rough sex does rock these ladies’ world. 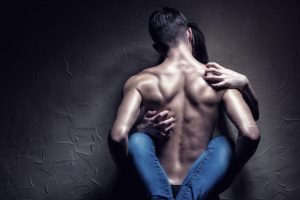 Standing positions require some skills. This is why this woman loves to have sex on a cold wall. As she stands against the cold wall, her man starts to warm her up from below. He throws light kisses from her knees upward until he reaches her clit. But he’s a gentle lover and doesn’t rush things. He starts kissing her entire body until he stands right behind her and enters her from behind.

Sex with someone you shouldn’t sound enticing to some women. In a survey, 65 percent of women admitted to fantasizing about having sex with their best friend’s boyfriend or husband. Being a badass gives them the thrill.

Women say this fantasy has nothing to do with rape. They just want to feel the innocent and naive girl who doesn’t know what to do in the presence of an aggressive man who wants them the most. Her man gently pushes her on the wall while pinning her two arms above her head with his one hand. He kisses her passionately as his other hand fondles her vagina. He forces open her legs and penetrates her powerfully.

All of the above are just sexual fantasies, which means most of them can happen only in women’s imaginative minds. If you want to try any of them, you should ask your partner first. She may have a different fantasy. But if you guess it right, then you’re a lucky guy.

How Psoriasis Leads To Sexual Dysfunction